Computers in ComputerCraft in general can network through various ways. In this section, we will only explore the modem networking, although you can also communicate through redstone or mods.

A honorable mention to OpenComputers’ modem API. OC actually seems to support direct addressing on a hardware level, where CC only supports broadcasting on channels; this would make the abstractions more complicated if I ever want to make a global abstraction for both one day…

A modem is a device that allows a computer to send messages on a given port. Messages are broadcasted to other computers listening on the given port in certain conditions, such as range.

A port has a numerical identifier between 1 and 65535 included. There can be a hard limit to how many ports can be simultaneously opened, for example ComputerCraft modems only support 128 ports opened at once.

Messages can have varying types according to the modem type. Some examples are:

The three modem types in ComputerCraft, as represented in game. From left to right: wired modem, wireless modem, ender modem.¶

All modems work the same: datagrams are sent on ports whose numbers vary between 0 and 65535 (see modem.open). Through such a modem, computers can send a message from any arbitrary port, and receive messages on up to 128 simultaneously opened ports at once.

The opened port limit can be pushed further by using several modems on a computer; e.g. up to 256 ports can be opened when two wireless modems are connected.

Messages are Lua strings, numbers, or tables; metatables are not transmitted along the way, probably a byproduct of using the @LuaFunction decorator from Cobalt in ComputerCraft.

Any message on the given modems also send along the pipe the “reply channel”, which for Rednet-enabled devices corresponds to the source channel. Note that this can be set by the user program when sending a message and does not correspond to a MAC address or anything, therefore cannot be used as a reliable source port (see Rednet).

When receiving a message, in the produced modem_message event in CraftOS, wireless and ender modems within the same dimensions include the distance from the emitting device; this specificity is used on some protocols, such as the GPS one (see GPS protocol).

Although modem as blocks use integer coordinates, even turtles when they move (positions update immediately to the new block position), some modems can have decimal positions, most importantly pocket computers, linked to the player’s coordinates.

Classic GPS hosts round the coordinates with a .01 precision.

The wireless range formula for basic wireless modems is the following:

Where the variables are the following:

In legacy ComputerCraft, the values were the following: 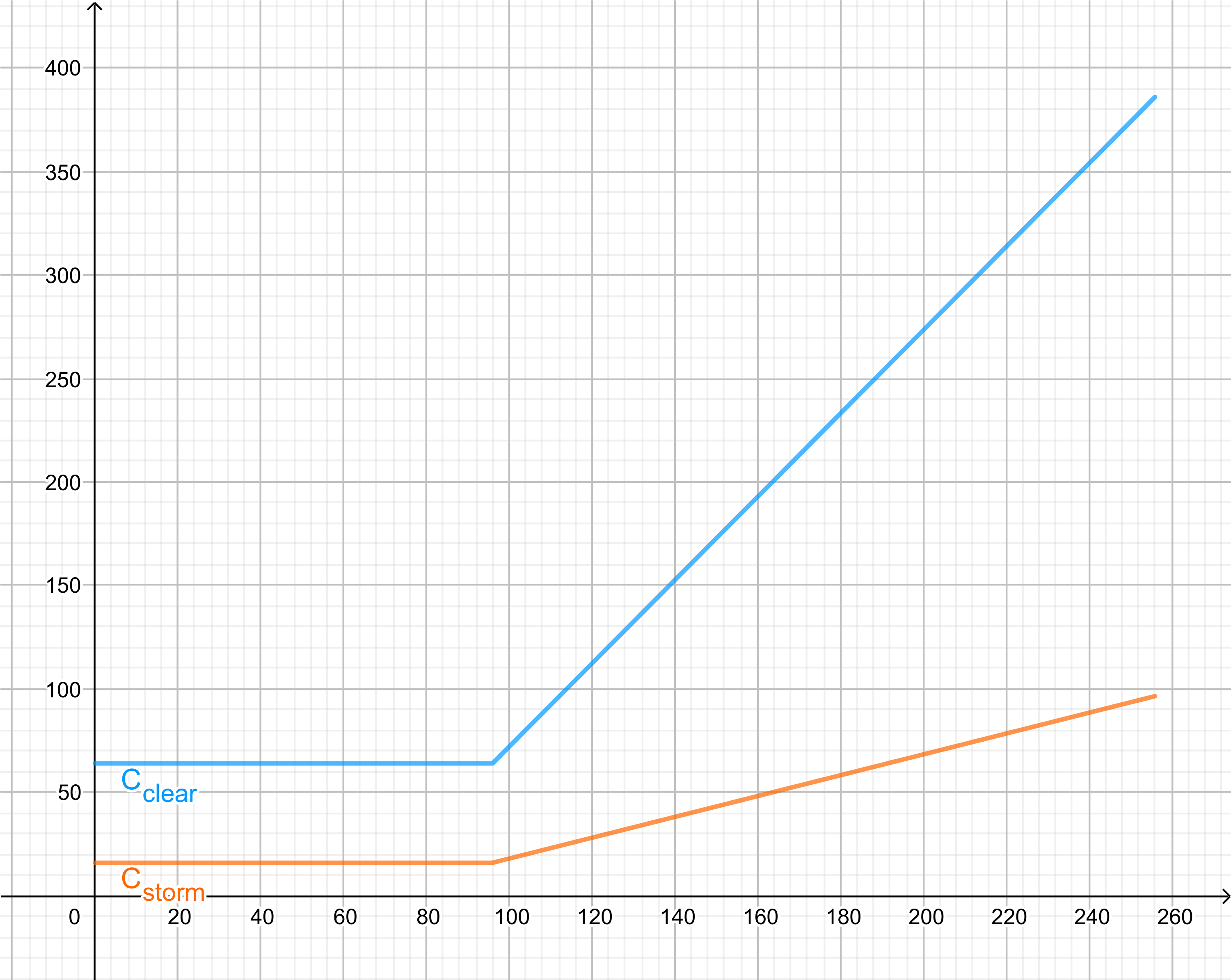 A vizualization of the range depending on the current y coordinate, with

being defined to 256, its current value. The values taken for clear and stormy weathers are those of legacy ComputerCraft.¶

Skynet is a virtual modem running on top of websockets.

Describe Skynet. Some elements I have understood for now:

See what I can find about rednoot, and if it’s even interesting.